Little girls love little puppies,
Kitties too and real live babies.
They do like shorts and jungle gyms
And when its hot, to take long swims.
And when guests visit overnight
Small girls turn cartwheels with delight.

Small girls love dresses that flare out
When they spin and swirl about
These same girlies stay right close up
Watching mothers put on make-up.
They thrill to see such prettiness,
As Mother in her party dress.

They love lipstick and nail polish,
You bet they do, oh yes my goshish.
It pleases them to lie on grass,
Watching the sky and clouds that pass.
And when they want some extra fun
They eat ice cream and bubble gum.

I tell you little girls adore,
Almost nearly nothing more
Than an invite to a party.
Upon which, they will tell smartly
Anyone within their hearing
Just what dress they will be wearing.

And if you say you’re going out,
Little girls will ask you about
Where and when you will be gone,
And what you’re planning to put on,
And whether they may go with you
Until you have to say, “Oh shoo!”

When it comes to simple pleasures
Little girls take simple measures.
That’s why, you see, they often choose
To clop around in Mothers’ shoes
They do it ’cause they love the sound
Of high heels tapping on hard ground.

You ask me how I know all this
I’ll tell you as we share a kiss.
Old and grey is how you see me,
So to you it may seem crazy,
But I was little once, like you
And these same things I used to do. MEME: a humorous image, video, piece of text, etc. that is copied (often with slight variations) and spread rapidly by Internet users 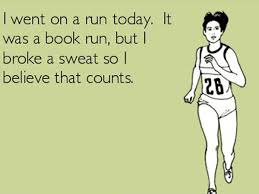 My cats are very aware of the fact that in Ancient Egypt, cats were worshipped. They have set out to remind me of this on several occasions. Looking at my cats, it’s easy to believe the Egyptian connection. Valentine, my beautiful black-and-white, is long, lean, and in great shape. He has a glossy coat, and is majestic and inscrutable – just like a sphinx.

Galadriel, the ginger cat, brings to mind certain other characteristics of that ancient civilisation. When she sits, her belly spreads onto the floor and her front feet don’t quite meet. This gives her a broad base, and with her fat neck and smallish head she looks… well… a bit like a pyramid.

That’s kinder than saying she looks like Jabba the Hut (which she does) but there’s no easy way to say this: she has a weight problem.

It’s probably all my fault, but she’s not completely blameless. Every winter she puts on weight because – like many of us – she likes to comfort-eat. Every spring I put her on diet (which means both cats go on diet even though Valentine doesn’t need it) until her weight gets back to normal.

Unfortunately, after last year’s upheaval of moving to another country and major comfort-eating brought on by that, my little pyramid didn’t lose enough weight in the spring. Add to that the fact that she developed a psychological problem with the great Australian outdoors, so she comfort-ate even more.

The result was that, when this winter started, she was already a little ahead on the road to being pyramid-shaped. Now that winter is nearing its end, she looks like a cartoon. That’s not the classic Tom & Jerry cartoon, or even the Sylvester and Tweetie Pie one; more like Garfield or Simon’s Cat. Especially since the entire focus of her being seems to revolve around the words: “Feed me!”

Both cats – the sphinx and the pyramid – are getting older, so it’s understandable that they lead a less-energetic life than they used to. They are mainly indoor cats as well, so I just don’t know what to feed them. Why does no one make a non-fishy, dry cat-food for mature, lazy, overweight indoor cats? Surely my two can’t be the only ones in that category?

When I realised my cats had become more indoor than outdoor cats, I stopped the diet food and put them onto an indoor cat food, because this makes up for the lack of grass in their diet. (Eating grass outdoors helps cats to expel furballs before they become a problem.) In addition, this food makes the smells from the litter tray a little less offensive. I also mistakenly believed that it would be lighter in fat because most indoor cats don’t get much exercise.

Apparently I was wrong. To add to the problem, the manufacturers all seem to have the idea that indoor cats have very little happiness in their lives, so they have made up for this by changing the taste of the indoor cat food to something much more yummy, scrumptious and palatable than before. Result? My pyramid loves the taste so much that she can’t get enough of it. She wolfs it down in gargantuan proportions, not even pausing to chew. Just swallows it whole, sometimes throwing it up, barely digested. That’s not good for anyone – human or cat – so I began shopping around for yet another brand of cat food.

A month on the diet food and a month of smelly litter tray and we’re almost there, but a new problem has surfaced in these hunger games. Both the diet food and the indoor food are for cats aged 1 to 6 years. My cats were already 7 and 8 when they arrived in Australia, and they were both 8 by the time I put them on the indoor food. A year on, they are both 9 and the pyramid will be 10 in less than a month.

There is a different manufacturer that makes indoor food for cats over 7, so in desperation I have switched to this food now that the pyramid’s weight is almost back to normal. The litter tray doesn’t smell as bad, but there are two new problems. One: the food smells fishy which I hate. Two: now both cats spend the entire day sitting beside shiny scoured-and-licked bowls waiting for the next morsel to drop from above so it can be hoovered as fast as is felinely possible because all that fishy smelling stuff obviously tastes really good!

Soon I will have two pyramids instead of one pyramid and a sphinx. When the current bag of cat food is finished we’re going back to the diet food. The kitty hunger games are clearly set to continue indefinitely…